Rambling – Do I Need a Credential? 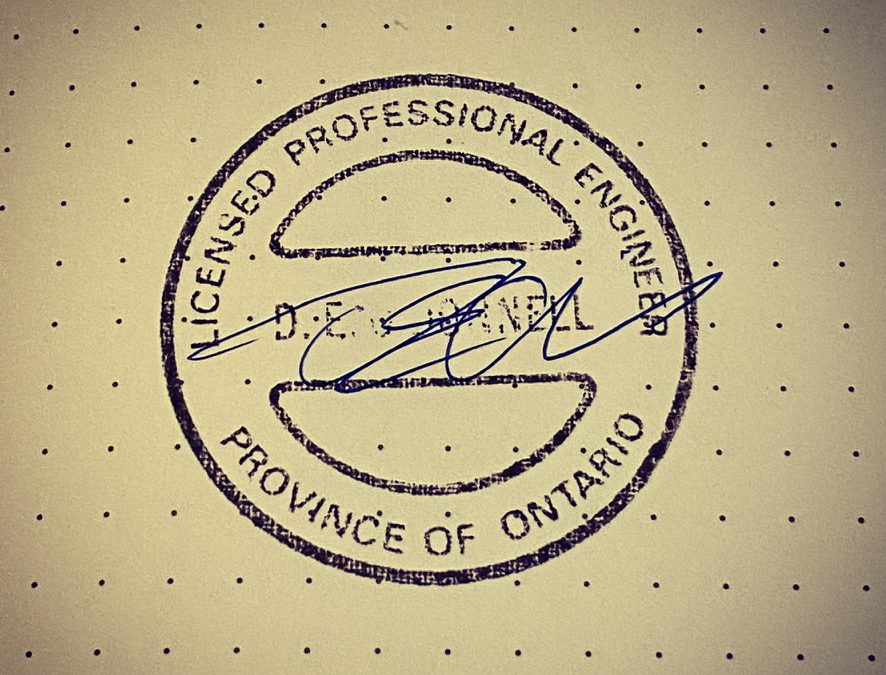 Minor rambling about Credentialing a professional and why that business problem isn’t as simple and exciting as you think.

I am a Professional Engineer, which in Canada, is a regulated profession. That means I am formally credentialed. The tech that I am issues comprises of a rubber stamp and an ink pad. Yup – very high tech…

Is it sufficient? Likely.

The stamp and ink aren’t the important part – the act of stamping something and then signing it is the important part. That’s what legally binds me to my work (disclosure: I don’t do work that legally requires my P.Eng. stamp as software isn’t regulated, yet.) Can it be faked? Easily on a technical basis, but much harder in reality – what work have you created that is being faked and how do you pose as me on a project for long enough that your client believes you’re me?

How often have I used my stamp. Literally never for work. I used it to capture the photo for this article though. However, some credentials become much more valuable because they are used all of the time.

How often does that happen?

How much incentive is there to fake a prescription? Quite a bit though doctor-shopping may be an easier path where the doctors are well known (smaller cities and towns).

What are the consequences of such fakes? There are quite severe ones and controls are put in place to attempt to manage (e.g. opioid prescribing) when the problem gets big enough.

So here’s something to think about as you work to credential the world – is that credential you’re talking about used a lot? Is it critical to solve a problem? Are there existing ways to get the job done that aren’t broken (enough).